Stay up to date with our latest insights and work from inside the studio by signing up to our newsletter.

Pride 2021: Interview - Coming out in the workplace w. Sarah Edwards

For Pride 2021, we’ve hosted a set of interviews with several influential and inspiring individuals to share some of their knowledge and experience from within the movement. Next up we have our creative director Sarah Edwards.

When and how did you first communicate with colleagues and/or line managers about your sexual orientation and how was that experience?

At my previous job, I never came out, I was always very closeted in that sense. Doing this I found I could never really bring my whole self to work, I could never create the kind of connections I wanted with people. So when I joined Make it Clear those many moons ago, I just thought to myself, whatever happens, I’m just going to be honest and I’m just going to tell them how it is. To be honest, the company culture was always pretty open and progressive at the time so it was never an issue. Although it was still quite anxiety-provoking, we’re talking about twenty years ago now.

How did you tackle the situation? Did you tell someone who was close to you, or did you go to a manager or the other director at the time?

I was just a graphic designer back in the day and I basically dropped it into a conversation, you know, ‘my girlfriend’, then just let people join the dots. 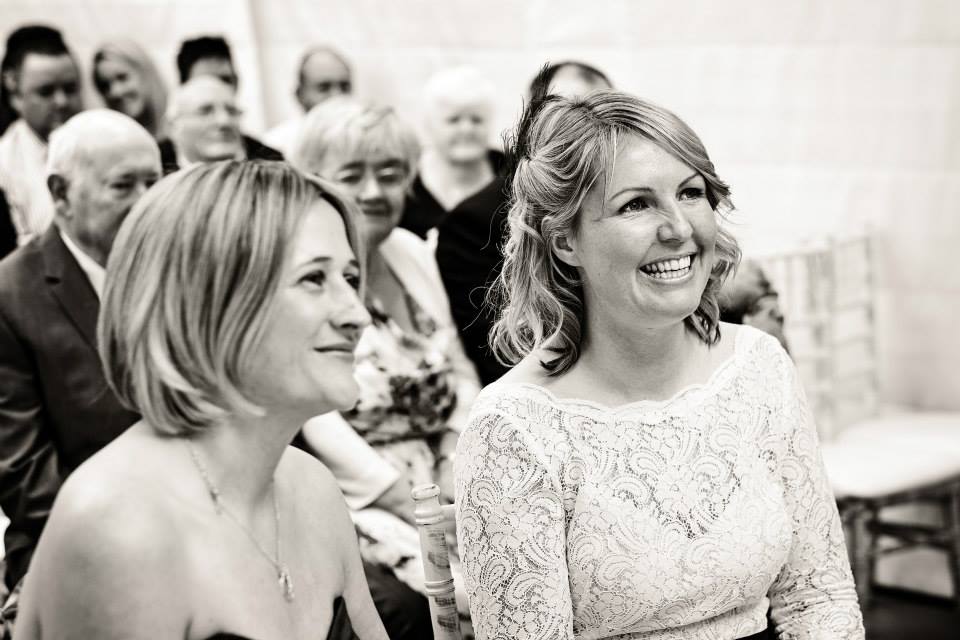 Sexual orientation is something that is personal to each individual, what was the driving force for wanting to communicate this to colleagues?

I felt staying closeted I didn’t really connect with the organisation or people. I know there are debates about how much of yourself you should bring to work, but I personally feel it’s what I like to do at work, build relationships. I like to get to know people, I’d like to understand where they’re coming from. I’d like to know about these things, it’s really important to me. So if I can’t talk about my partner and not feel comfortable about that, I think that does hold people back. There’s a lot of talk about work-life balance, but they’re not mutually exclusive. Work is a part of life, so to me, it’s not about a balance, it’s about making the two work. In my head, it doesn’t split up, it’s going to be part of what you do.

What was the biggest obstacle that you overcame to share this information at the time?

It was actually fine. I was very good friends with Jay, with who I then became business partners later down the line. I felt that Make it Clear when I joined was a progressive company, and I had fewer reservations about doing so. But the company I was at before wasn’t, it was very old-fashioned and the kind of people that were there it could have been an issue. It turns out they were actually fine about it when I came out to them afterward.

In essence, you're taking this big part of yourself and sharing/giving it to someone else to process, to which you don’t know how they're going to react, did you ever find you were worried or scared that someone might react in a negative way as you can’t control someone’s beliefs or feelings?

Yeah, when I came out to my parents, it wasn’t very easy, it was challenging. They’re very accepting and they’re very accepting of the family I’ve created now, but I can understand how it was hard for them as they’re from a different generation. At the time however, it wasn’t great, so yes, you do have to think that it may not go the way you would like it. I also think the world has also changed a lot since when I initially came out, I didn’t think I’ll ever have kids, I didn’t think I’ll get married. look at me now, married with a kid, I didn’t think that that would ever be the life for me.

It is amazing over my lifetime though how much attitudes have changed. Back twenty years ago, when I first started working there was a lot more homophobia all around. We specifically went to gay pubs. We didn’t go to normal ‘pubs’, and now we just go to any pub, it’s all quite integrated now. 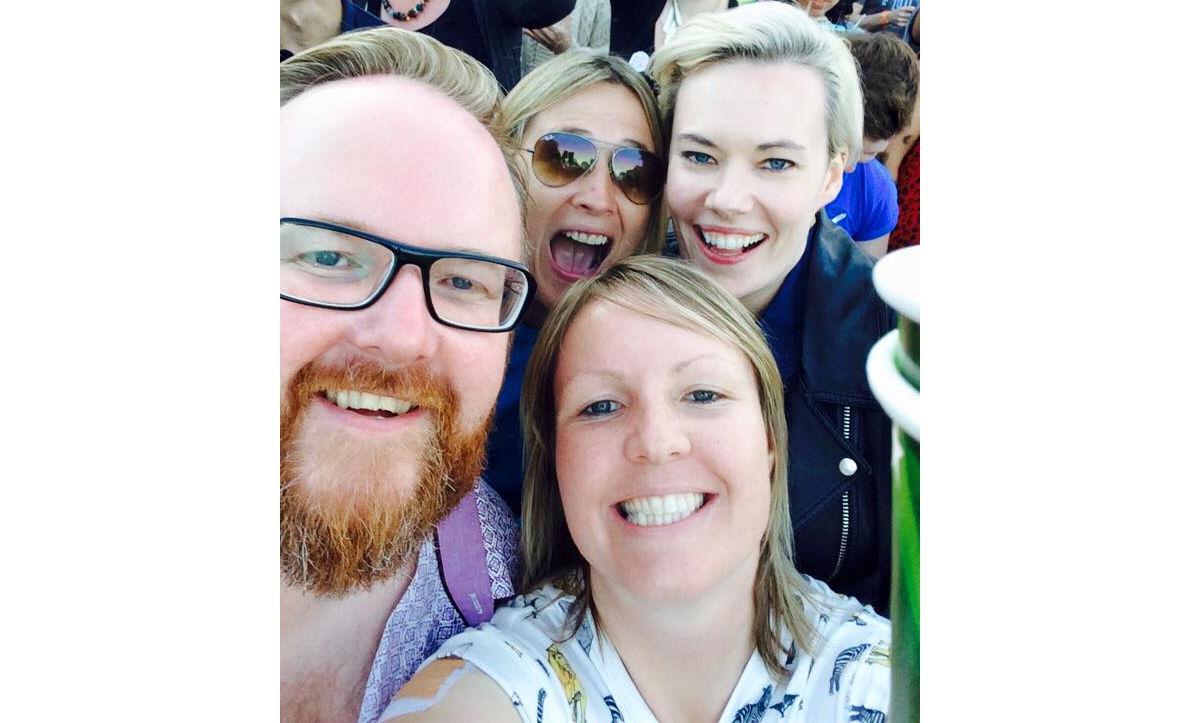 What changes do companies need to be making to ensure LGBTQ+ employees feel safe and accepted?

I think having inclusive cultural values is really important. I also think really addressing an issue properly if there is one and that goes for any kind of discrimination. If something is raised, making sure it’s addressed and people know it’s being addressed in such a setting that has clear boundaries. Also understanding what kind of language do we use and what is appropriate, everybody likes to have a laugh, but then there are times when it can go too far. Also if there are role models or senior management people within a company that might have a different sexuality, giving them a space to talk about it openly with other employees can be really helpful.

We’ve seen positive progressions in LGBTQ+ support with consumer and corporate organisations, how have you found being an LGBTQ+ boss in today’s fast-moving and ever-changing cultural climate?

Yeah, lots of things have changed very quickly. So if we look at all the companies doing stuff for Pride Month, the way that they market, the way that they talk about themselves and how they talk about their profile has very much changed over the last ten years. At Make it Clear, we don’t do huge marketing campaigns on this subject, we talk about our values and our culture as I think sometimes the use of this topic can be seen as either greenwashing or rainbow washing for the benefit of your business.

How have I found these changes as an LGBTQ+ boss? I think it’s not so much about being a gay woman, I think it’s more me being a woman. I would always say that the biggest inequality in today’s society is raising kids. With our daughter, when we did the shared parental leave, we split that time equally. I can count one same-sex couple that I know, that has done something similar. I think it’s so easy to fall into traditional gender roles where the woman gets pregnant and the man goes to work. Obviously breastfeeding is an issue, I’m not going to say it isn’t, but I do think being a same-sex couple allowed me and my wife to both work in high profile jobs, but also be a mum at the same time down the line equally.

So for yourself, would you say being a female boss is the overarching inequality within the workplace as well as society?

Yeah, I think being two women has made it easier for us to be mums, I do feel sorry for opposite-sex couples in that sense because there’s a lot of companies that would not accept a dad going on parental leave and that’s not right. I want to create an environment where the dads could go on leave for as long as the mums. This has really made me think about the kind of inequality that we’re facing today as it has a knock-on effect on women’s career progression. If a woman is having to take large breaks to have kids it creates negative preconceptions about employing women in her thirties. So I tend to be a little bit of a feminist in that instance as my situation has given me a completely different perspective on things which highlights a number of other inequalities. 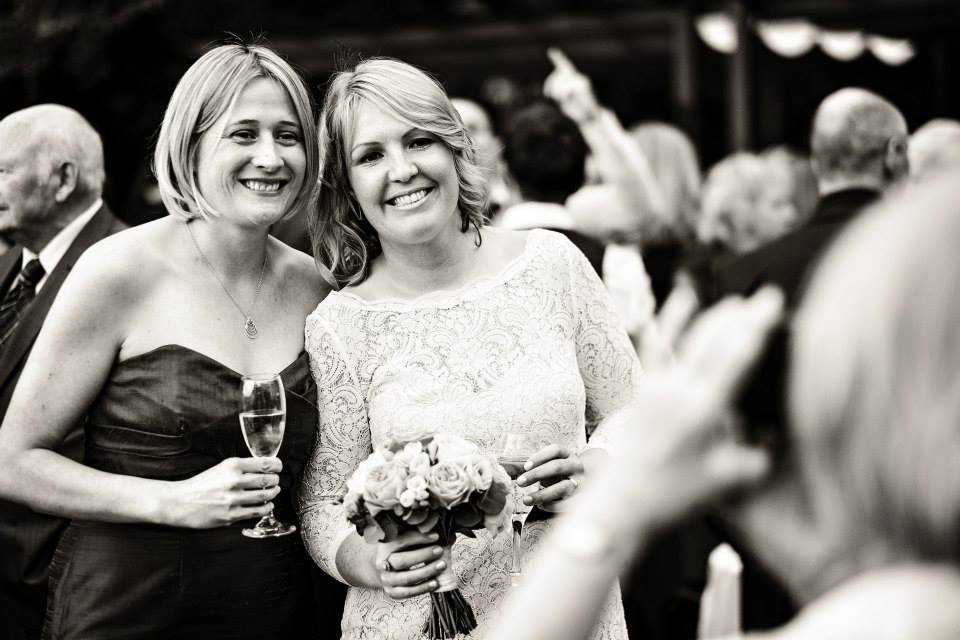 Have you ever been in a situation at work where your sexual orientation has resulted in someone responding negatively or incorrectly and how have you overcome such a scenario?

Yeah, it has come up from time to time. When my partner and I were first married, people assumed that I had a husband and sometimes I didn’t have the energy to correct them. That was wrong. I should have corrected them, but then I didn’t want people to feel embarrassed. I’ve learned it’s really not a good thing to do as you then end up down a track where you’re then referring to your partner as a him where they’re not. You make yourself feel more uncomfortable for another person’s sake, so it’s best to just address it early.

What would you say to someone who is thinking about coming out in their workplace?

Most of all, make sure it’s safe to do so because you don’t want to be putting yourself in a situation where you feel uncomfortable or in danger. Maybe test the water with a good friend at work or you could do as I did, drop it into a conversation.

This is something that also takes a lot of confidence, so it might be a slow burn at first, telling a few people and seeing how that works out and then if you do find that you’re being discriminated against, you are able to raise it and act upon it. There’s plenty of organisations that can support you legally, as if you feel that you’ve shared this information and it’s subsequently created a negative environment, that’s against the law.

So it’s important that where you work will actually grow you as a person, not just your skillset. I’d really encourage people to find places that they are comfortable being themselves, having their own views, dressing how they want to and being addressed by whichever kind of pronouns that you choose. Because you spend too long at work, so it’s best to be somewhere where people get to you as you don’t want to be worried about that the whole time as you’re not going to be doing a good job. You’re not gonna be reaching your full potential if you can’t be yourself.